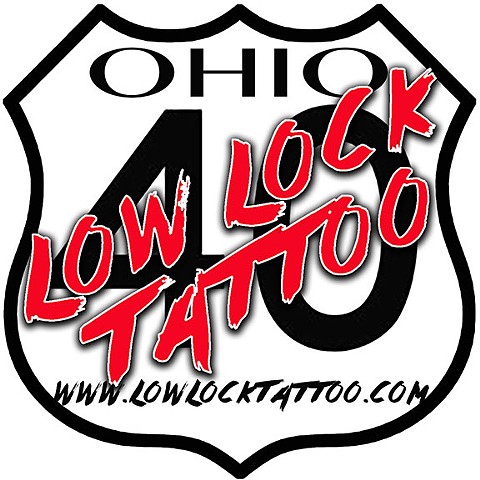 I'm a tattoo artist originally from Detroit, Michigan. I relocated to Southeastern Ohio around Halloween of 2004, a hop skip and jump away from Wheeling, West Virginia. Prior to my Ohio adventure, I had made a move to Grand Rapids, Michigan and went to work at Magnum Tattooing. After receiving an invite to Hot Rod Tattooing as a guest artist, I realized that I felt right at home in the smaller city, and would settle for nothing else. I always considered myself kind of a "Surburban Redneck". I grew up in the suburbs of Detroit, and was one of those guys driving around town in a Chevy truck on 44" tires!

Hot Rod was definitely the best of both worlds for me! It gave me the extensive experience I needed to further enhance my art, yet kept me grounded and open-minded. My dream and passion has taken center-stage in the creation of my Greywash product. Ron Meyers Greywash is the ink to end all others in the Greywash market, and is the ONLY Greywash you need to produce fantastic work. Ron Meyers Greywash is of a set of Black and Grey tones based off the palette I have personally been using for years. Not only do I fully endorse my ink product, but I use it on my clients, as well. It is definitely a product created BY a tattoo artist FOR tattoo artists. I have experimented with various materials that have been quoted as "best" in the market. None of which have been able to produce the same memorable and outstanding effects as the Ron Meyers Greywash. The pride I hold in my product is such that I would only produce what I feel is the very best and not an ounce less.

My passion for tattooing photo-realistic Black and Grey was absolutely the inspiration for me to pass along only the best material to my fellow artists. Just a handful of my supporters include: Ryan, Hadley, Jamie MacKay, Terry Fuller, Matt Stines, Matt Hockaday, Ryan Mullins, Karl Berringer, and Jason Hawes (to name a slight few!), so check them out! Be a part of the team that lives, loves, and supports our craft and the artists in it!