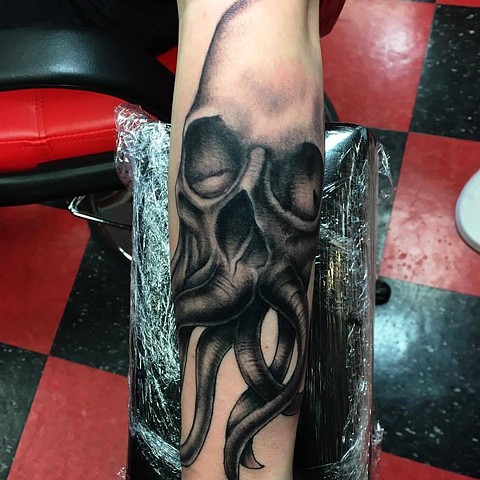 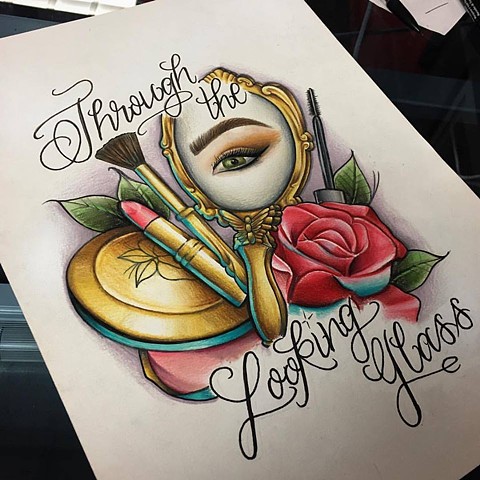 Born in Detroit, Michigan in 1996, Mackenzie made the journey to the Ohio Valley in 2004 at the age of eight. Since then, she has grown into quite the young tattoo artist, receiving guidance from her father and mentor, who incidentally showed her the world of tattooing, thus helping create her spark and interest. Beginning her apprenticeship at Low Lock Tattoo Studio in February of 2015, Mackenzie has gotten a firsthand look at the inside tricks of the trade and truly feels this career is right up her alley. She began her post-high school adventure, as many of us do, trying her hand at college, where she took a semester worth of courses in graphic design. This, however, did not light any significant interest for her, and she soon resigned from the program in hopes of pursuing her tattoo apprenticeship. If you have ever seen Mackenzie’s artwork, you would think she has many years under her belt for its content is incredible. The attention to detail is such that the audience sits dumbfounded for a time drinking it all in. However, it was Mackenzie’s older brother who was the initial artist of the children. Looking up to him in her youth, she began drawing, herself, junior year of high school, and the rest is history. Mackenzie enjoys when clients provide her only with tattoo ideas, letting her take charge and scheme the actual tattoo. She states, “I feel like that not only allows me to express myself creatively, but to also give them an original piece.” When asked what tattoo artists she admires, names like Seth Holmes, Josh Grable, Kyle Cotterman, Timothy Boor, and Jeff Gogue are brought up for discussion. At this point in her early career, Mackenzie enjoys all styles of tattoos, so can’t currently pick just one as a favorite. Although she doesn’t think too far into the future, in the next 5 to 10 years, she admits that she would like to be creating solid tattoos, particularly in color and black and grey realism. For such a young artist, Mackenzie’s opportunities seem endless, and we are excited for her journey as a tattoo artist.